George Ross and Nate Ross on Leadership Transitions – The Resolve and grace to do it well. Part 2 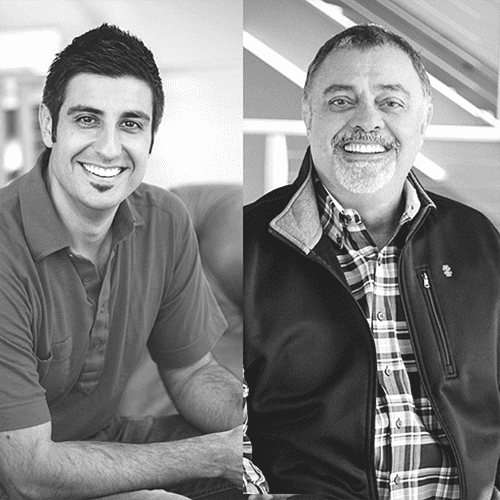 On part of 2 of this episode of Leaders in Living Rooms with Sean Morgan, Nate and George Ross, pastors of Northside Christian Church in New Albany, Indiana, open up about the father-son dynamics in leadership transitions. There are both pros and cons and no matter what, it takes resolve and grace.

Who are Nate and George Ross?

Nate Ross was a nomad from day one. Living in Scottsburg, Indiana, but being born in Louisville,
Kentucky was the beginning of the travels on which God would take him. Being raised in a ministry home meant being obedient to God’s calling more than comfort, which led to his family doing ministry in four different states during his childhood. For this reason, he couldn’t be more grateful to his parents for being such Godly servants and parents.
The Lord led Nate and his wife, Ruthie, to Northside in March of 2008 to be a part of the Church staff as the Associate Minister of Involvement. Connecting people to Christ, community, and God’s calling has always been Nate’s heartbeat, and he couldn’t be more thrilled to serve now as the Lead Pastor of such an amazing staff and dynamic Church.
George Ross is the Teaching Pastor at Northside Church. George and his family moved from Las Vegas, Nevada in March of 1999 to begin serving at Northside and he considers this the ride of his life. His time spent in the desert opened his eyes fully to the incredible amount of Grace that Jesus has made available to all of us. After serving 32 years in ministry, George’s heart still beats
emphatically to see people fully embrace Jesus as Savior and the Leader of their life. He feels honored and humbled to serve alongside an incredible group of elders, and he can’t wait to see what God does next in Southern Indiana and the world.